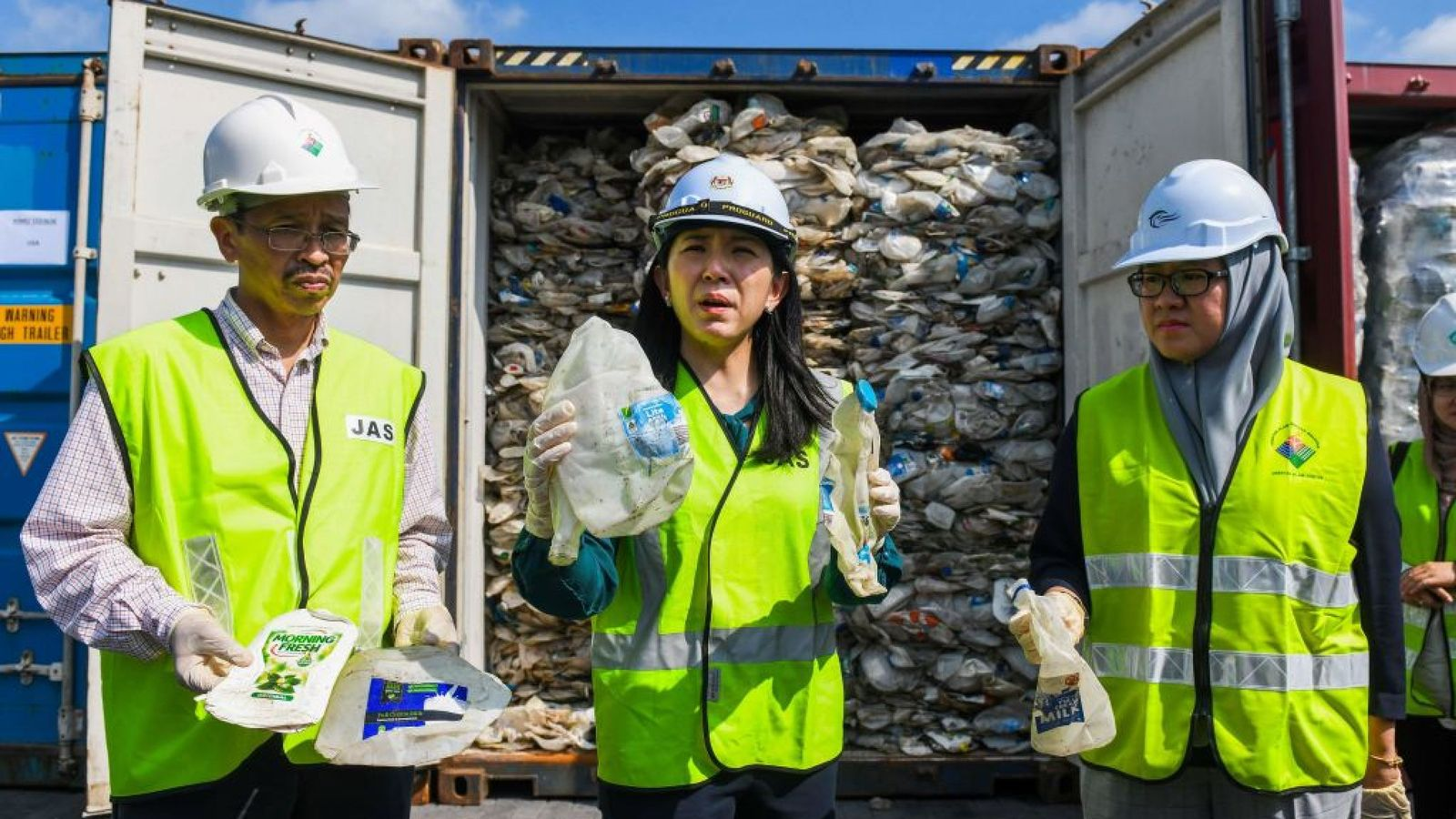 Malaysia has announced it will be returning 3,000 tonnes of contaminated non-recyclable plastic waste to nations including the UK, Australia, the US and Canada. The country has stressed that it no longer wishes to be the dumping ground for rich nations.

Environment Minister Yeo Bee Yin has advised that 60 containers crammed with contaminated trash was smuggled into illegal recycling facilities in Malaysia. Yeo Bee Yin showed reporters the contents of the shipping containers at a port outside Kuala Lumpur and explained that 10 containers will be sent back within the next two weeks.

As the Environment Minister delved through the containers the contents were revealed, items such as contaminated milk cartons from Australia, CDs from Bangladesh and cables from the UK. Electronic and household waste were found inside several of the containers from countries such as the US, Japan, Saudi Arabia, China and Canada.

Ms Yeo explained that Malaysia and many other developing nations in South-east Asia were used to fill the void when China banned the import of plastic waste last year, she said; “Malaysia will not be a dumping ground"

“This is probably just the tip of the iceberg (due) to the banning of plastic waste by China,”

“Malaysia will not be a dumping ground to the world… we will fight back. Even though we are a small country, we can’t be bullied by developed countries.”

Ms Yeo said China’s plastic waste ban had “opened up the eyes of the world to see that we have a huge rubbish and recycling problem”.

“We urge the developed countries to review their management of plastic waste and stop shipping the rubbish out to the developing countries,”

Ms Yeo explained how in one case a UK recycling firm exported over 50,000 tons of plastic waste in around 1,000 containers to Malaysia over a two-year time period. Illegal plastic recycling facilities have sprouted all over the country to cash in on the influx of plastic waste, the government has shut down more than 150 of these plants since last July. At the beginning of this month, the government returned five containers of waste to Spain.

Mageswari Sangaralingam, a research officer at Consumers Association of Penang and Friends of the Earth Malaysia said; “It is the right move by the Malaysian government, to show to the world that we are serious in protecting our borders from becoming a dumping ground,”

Mageswari explained that traders are falsifying documents in order to smuggle plastic scraps into Malaysia and said; “The consignments are still coming through other ports. Dumping is still occurring,”

“The residual waste is a problem, as some of it is dumped indiscriminately such as the recent find in Ipoh, Sungai Petani, burned illegally or sent to cement kilns, causing a new set of problems as there will be toxic emissions into the air and contamination of our water and soil.

“We are burdening our communities and the environment. Who is responsible for cleaning up costs? Why should taxpayers absorb the cost of cleaning up other country’s waste?”

Greenpeace campaigner Heng Kiah Chun said; “Developed countries should stop putting their responsibility onto other countries for their own plastics problem and put in place policies to reduce single-use plastics,”

“This is a global broken system and it is clear that recycling alone cannot fix our plastic pollution problem fast enough.”