Indonesia To Repatriate 210 Tonnes Of Contaminated Recycling To Australia 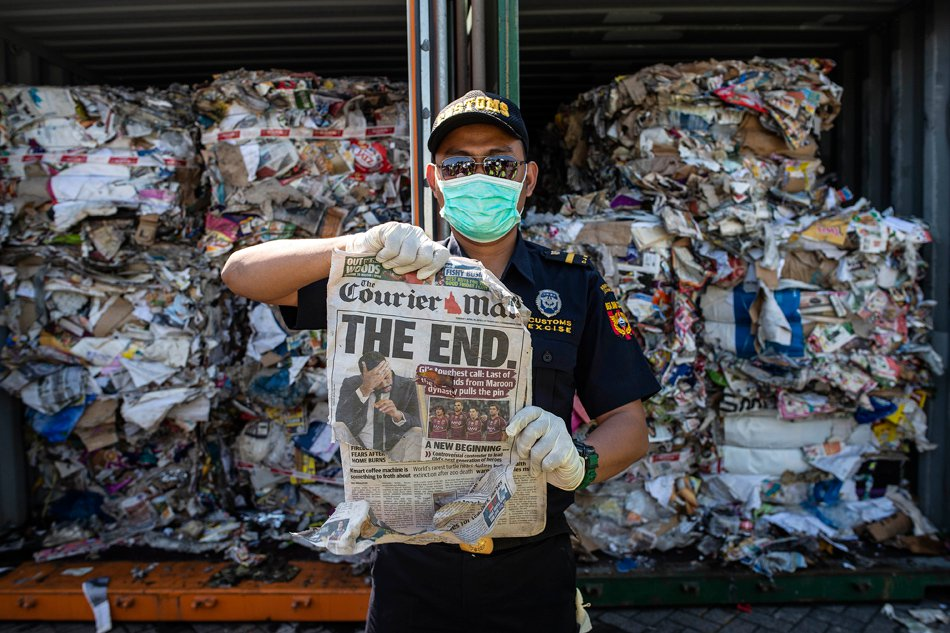 Indonesia has announced that it will be shipping 8 containers of household waste back to Australia immediately, this latest repatriation of waste has been declared after customs officials inspected the containers and declared the material too contaminated for recycling. Indonesian customs officials discovered e-waste, plastic bottles, shoes and used cans amongst the loads which were labelled as wastepaper. The eight containers holding approximately 210 tonnes have been deemed as “B3”- meaning they contain toxic and hazardous materials and potentially pose a threat to the environment and human health.

The containers were opened for the press on Tuesday morning at Tanjung Perak port in Surabaya, customs officials rooted through the containers and held up examples of contaminated materials, which included used nappies and soft drink cans.

The containers were received into Surabaya, in mid-June after being shipped from Brisbane by the Australian firm Oceanic Multitrading with help from the Indonesian import firm PT MDI. Customs officials have advised the materials will be re-exported immediately. The customs office explained they are obliged to protect Indonesia and its environment from imports of B3 waste, they stated they had coordinated with the relevant government ministries, including trade and environment, as a show of how serious it was.

This recent repatriation is the latest in a series of announcements by South-east Asian nations who no longer wish to be the world’s dumping ground.  Vast quantities of waste have been redirected to South-east Asia after China banned imports of foreign plastic waste last year, developed nations clambered to find new outlets for their waste and nations such as Malaysia, Indonesia and the Philippines were quickly inundated with the world’s rubbish.

But now, South-east Asia is fighting back. In May, the Malaysian government announced it would be returning up to 100 tonnes of Australian waste due to contamination. The Philippines returned 69 containers of rubbish back to Canada in June, ending a six-year feud between the two nations.

Most recently, Indonesia stated that it will be shipping 49 containers of waste back to the US, France and other European Nations.  The Batam Customs Office explained that out of 65 shipping containers being held at the port for inspection, 49 violated import regulations. A mixture of contaminated waste was discovered in containers labelled as wastepaper and plastic scraps.

Last month the Indonesian Environment and Forestry Ministry announced they will be tightening their rules on wastepaper imports. Rosa Vivien Ratnawati, the Director General for Non-lethal waste management explained that some of the regulations on non-lethal waste imports will need to be amended and law enforcement will also be introduced to penalise those responsible for importing the waste. Rosa concluded that the ministry will continue to repatriate contaminated imported scrap and plastic waste.